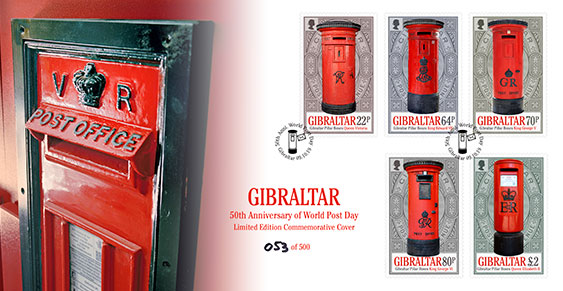 The Gibraltar Philatelic Bureau has issued a Limited-Edition commemorative cover in conjunction with the Royal Gibraltar Post Office to mark the 50th Anniversary of World Post Day.

World Post Day is celebrated each year on October 9th and was declared World Post Day by the UPU Congress held in Tokyo, Japan in 1969. Since then, countries across the world participate annually in the celebrations which was designed to highlight the importance of postal services.

The cover is limited to only 500 editions and is sold on a first come first served basis.

Note: Number 053 as seen on the image is for illustration purposes only.