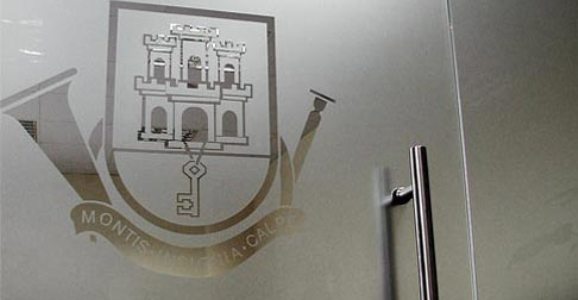 About the Gibraltar Philatelic Bureau

The Gibraltar Philatelic Bureau is the company responsible for the design, printing, production, marketing and sale of Gibraltar stamps worldwide. Gibraltar stamps have been issued since 1886 and are considered to be highly collectible by the worldwide philatelic fraternity. More than 10,000 collectors in over 80 countries collect Gibraltar stamps and order these stamps direct from us by either mail order, fax, telephone or through our website www.gibraltar-stamps.com On average the Gibraltar Philatelic Bureau handles over 15,000 orders per year making it one of the biggest exporters of local Gibraltar products! Thanks to a great team of hard working and experienced professionals its great to state that stamp collecting continues to be one of the worlds most popular and educational hobbies, one of the few that the entire family can enjoy. Recently we have been expanding our services to collectors to include Gibraltar coins and banknotes in our list of products and are hoping to enjoy the same success, especially through the site.

The Philatelic Bureau receives stamp issue suggestions from hundreds of people annually, both from Gibraltar and collectors worldwide. A shortlist of issue titles is created after which it is narrowed down to an officially proposed stamp programme for the year in question. This is then sent to the Gibraltar Government for a final decision. The fact that many of the issues released in the past 10 years have received coverage in the worldwide press and that two Gibraltar stamps have broken world records serves as a testament to the teams expertise in producing dynamic and interesting subjects.

All stamp issues always start with a blank paper and pen, though sometimes it takes longer to find a pen that actually works than to come up with ideas for the design of an issue! Thereafter, the Bureau team have a brainstorming session and throw ideas around until we agree on a design. At this point designers start working on the stamps or an illustrator produces painted artworks depending on the theme.

If the issue has been painted by an illustrator, the designer then work on a final design by scanning and thereafter retouching and resizing the artworks. He then works on layout ideas incorporating as a must the Queens cipher (her effigy or the EiiR).

The final designs are sent for approval by the Gibraltar Government and then the Governors Office who pass them on to Buckingham Palace for the approval by Her Majesty the Queen. According to official sources, the Queen always reviews proofs of all stamps issued by the Commonwealth countries as she is one of the worlds most prominent collectors. After an issue is approved it is sent to specialist security printers, most of which also print banknotes and other important items such as cheque-books. The whole process is much longer and formal than people expect. Every single stamp tells a story and all stamps are without doubt miniature works of art.

People collect stamps and in particular stamps from a certain country for all sorts of reasons, but we feel the range of issues and quality of Gibraltar stamps are the main reason why we are highly collected and respected throughout the world. Quality philatelic products such as limited edition folders, joint issues and the choice of great thematic topics and events to commemorate marks the difference between the success of two similar countries in philatelic terms.

The website www.gibraltar-stamps.com is instrumental in connecting us to collectors worldwide and we are proud to have been voted the Best Philatelic Site in the past.

The Philatelic Bureau participates in World Exhibitions around Asia, Europe and the States and this helps us promote our stamps and country.

About the Gibraltar Philatelic Bureau