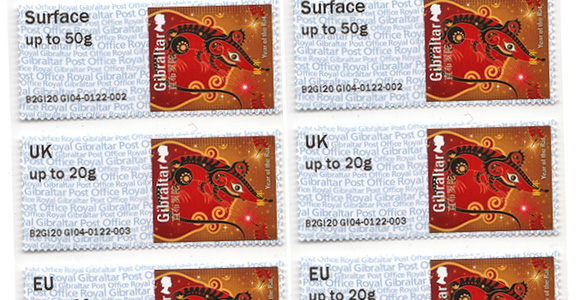 Post & Go Year of the Rat
Also available as