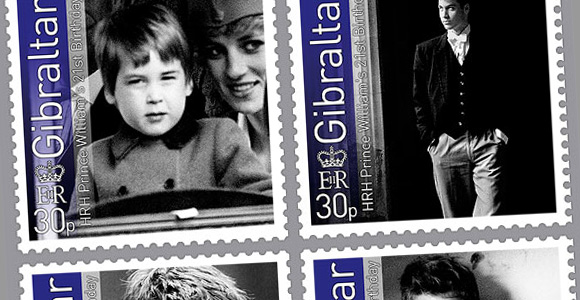 Set commemorates the 21st Birthday of Prince William of Wales.. Prince William of Wales (William Arthur Philip Louis; born 21 June 1982), KG, is the elder son of Charles, Prince of Wales, and the late Diana, Princess of Wales, and grandson of Queen Elizabeth II and Prince Philip, Duke of Edinburgh. As such, he is second in the line of succession to 16 independent states, although he is resident and most directly involved with the United Kingdom, the oldest realm. (source: Wikipedia)