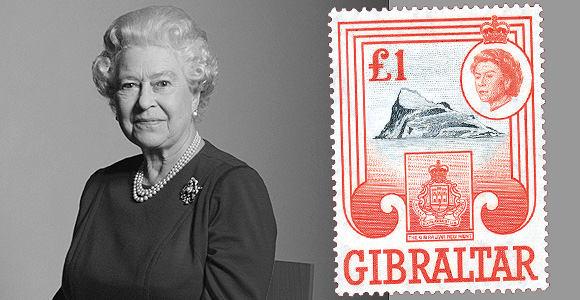 The first stamp of Gibraltar for the reign of Queen Elizabeth II was the 1/2d Coronation commemorative omnibus stamp issued on 2 June 1953.