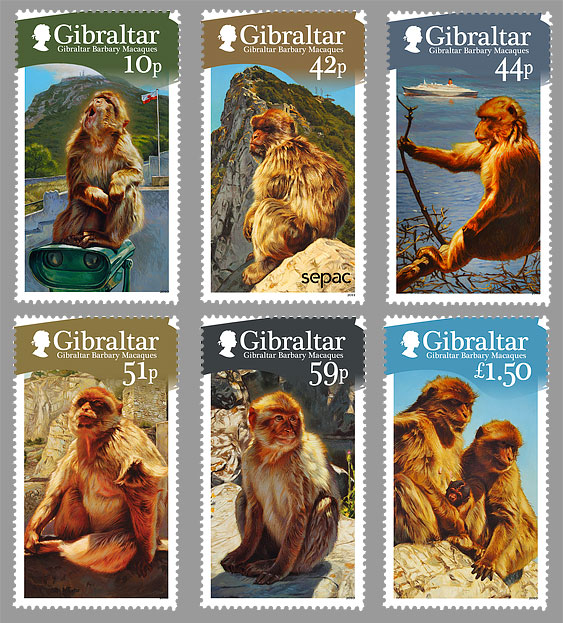 At least 20 different macaque species are known and the macaque genus is characterised by its diversity.

One example is the tail: while in the Barbary macaque, the tail is almost not existent, the long-tailed macaque from Indonesia has a tail longer than its body. Between these extremes, all intermediate stages can be found. They have also developed diverse ecological adaptations. Macaques are found in more climates and habitats than any other primate except humans. The geographical distribution ranges from as far east and north as Japan to as far west as Morocco. But the Barbary macaque is the only one to occur in Africa; all other macaques are found in Asia.

Furthermore, the Barbary macaques on Gibraltar are the only free-ranging monkeys in Europe.

Gibraltar Barbary Macaques
This issue is available as