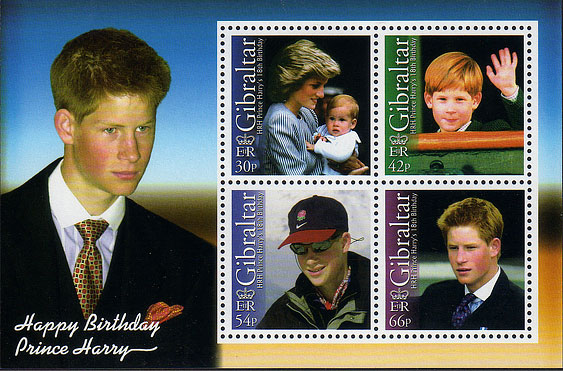 Prince Henry of Wales (Henry Charles Albert David; born 15 September 1984), known as Prince Harry, is the younger son of Charles, Prince of Wales, and the late Diana, Princess of Wales, and grandson of Queen Elizabeth II. As such, he is third in the line of succession to the thrones of 16 independent states, though he is resident in and most directly involved with the United Kingdom, the oldest realm. (Wikipedia)

Prince Harry 18th
This issue is available as