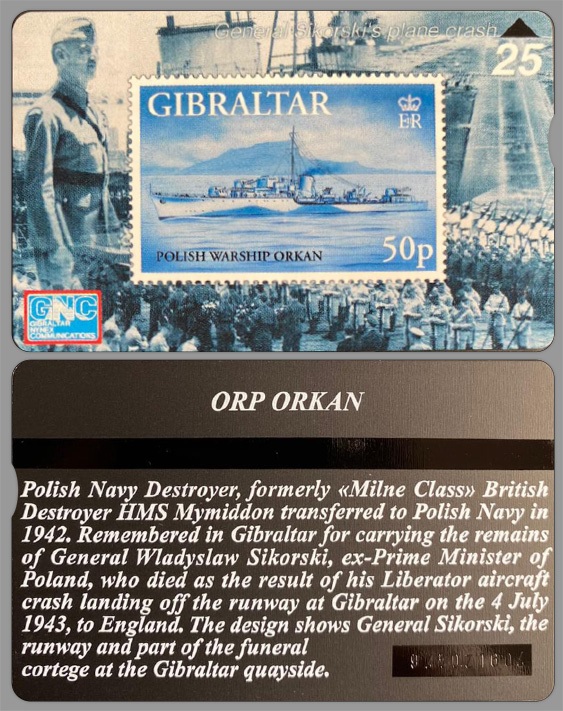 ORP ORKAN Polish Navy Destroyer , formerly « Milne Class » British Destroyer HMS Mymiddon transferred to Polish Navy in 1942 . Remembered in Gibraltar for carrying the remains of General Wladyslaw Sikorski , ex - Prime Minister of Poland , who died as the result of his Liberator aircraft crash landing off the runway at Gibraltar on the 4 July 1943 , to England . The design shows General Sikorski , the runway and part of the funeral cortege at the Gibraltar quayside .