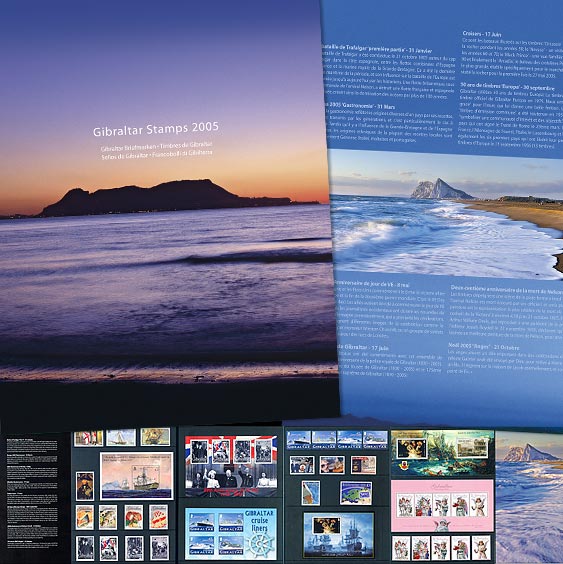 The complete set of commemorative stamps for the year are included in our Year Packs. This product is a highly attractive and very popular product and is a limited edition translated in five languages and featuring designs influenced by one of the year's sets or generic images of Gibraltar itself, as was the case in the 2005 Year Pack.

The stamps are mounted on Hagner mounts on the inside pages and the Pack folds out for easy access to all pages. All in all this is truly a flagship product!