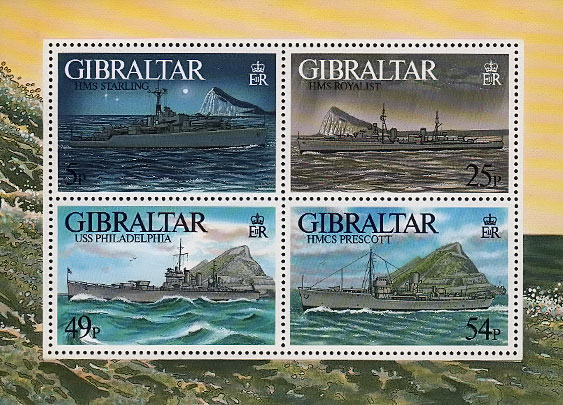 The Miniature sheet of 4 stamps is the fourth on the series of Warships stamps issued from 1993-1997.

HMS Starling (U66) was a modified black Swan class sloop of the Royal Navy. She was built by Fairfield Shipbuilding and Engineering Company at Govan, Scotland, launched on 14 October 1942, and commissioned on 1 April 1943.

In the Battle of the Atlantic during World War II, Starling was the flagship of Captain Frederic John Walker's 2nd support group, a flotilla of six sloops not tied down to convoy protection, but free to hunt down U-boats wherever found. The other ships of the group were HMS Cygnet, HMS Kite, HMS Wild Goose, HMS Woodpecker and HMS Wren

Starling was scrapped in 1965. (Source wikipedia)