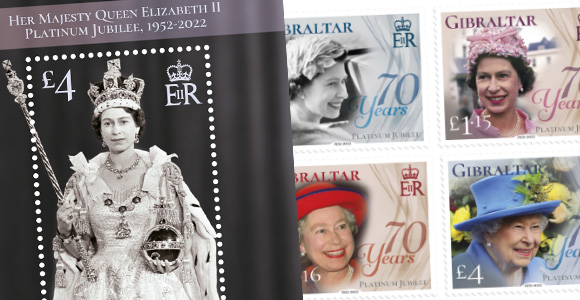 On 6th February 2022 Her Majesty Queen Elizabeth II became the first British Monarch to celebrate a Platinum Jubilee, marking 70 years of service to the people of the United Kingdom, the Realms and the Commonwealth. To celebrate this unprecedented anniversary, events and initiatives will take place throughout the year, culminating in a four day UK bank holiday weekend from Thursday 2nd to Sunday 5th June 2022 that will also be celebrated in Gibraltar.

The four days of celebrations will include public events and community activities, as well as national moments of reflection on The Queen’s 70 years of service. Gibraltar has always held special affection and deep respect for the Royal Family and for Her Majesty in particular. Many people in Gibraltar still remember well the accession of a very young Princess Elizabeth to the throne of the United Kingdom after the sudden death of her father, King George VI.

Upon her coronation, Queen Elizabeth II embarked on a world tour of the Commonwealth countries, including Gibraltar.

In her Accession Day message, the Queen said that she hopes the Platinum Jubilee will bring together families and friends, neighbours and communities. She said that the Jubilee “affords me a time to reflect on the goodwill shown to me by people of all nationalities, faiths and ages in this country and around the world over these years”. She thanked everyone for their support, loyalty and affection, and signed the message “Your Servant”. For the first time, Jubilee Beacons will be lit in every capital city of each Commonwealth country to mark 70 years of the Queen’s reign