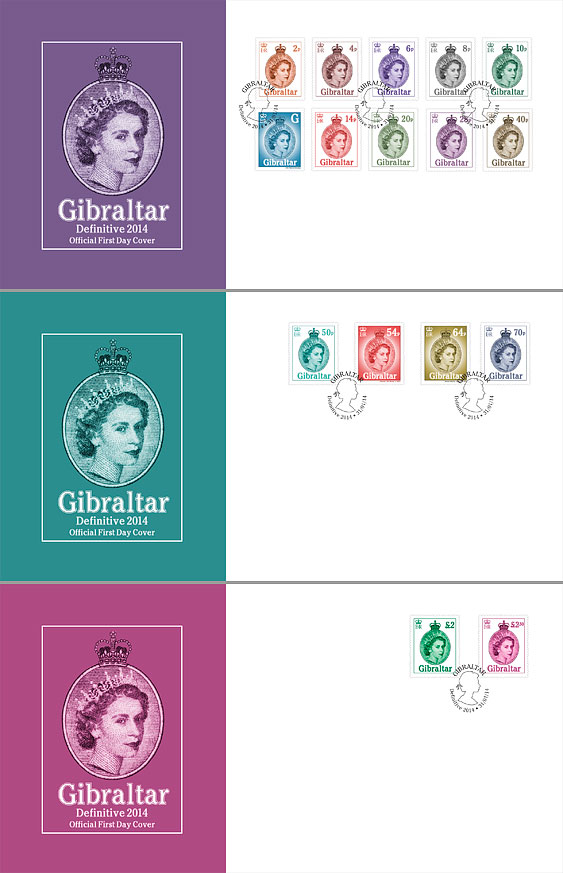 The Defintive 2014 features the Queen Elizabeth II portrait from the 1953 Definitive as its main design feature. The stamps come in a variety of colours for people to be able to easily distinguish the values.

Definitive 2014
This issue is available as