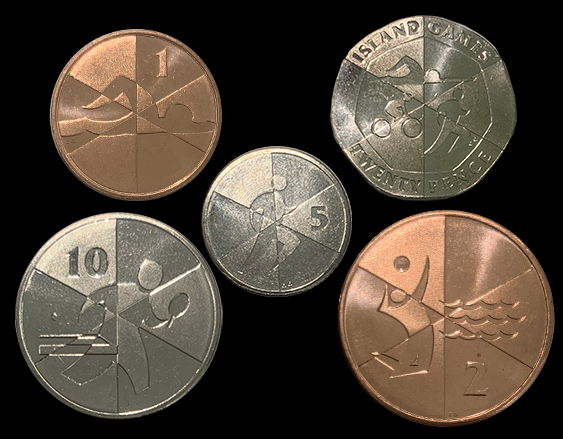 The Gibraltar 2019 Island Games low value set of 5 coins featuring the official logos used at the games. The obverse of the coins depicts Queen Elizabeth II