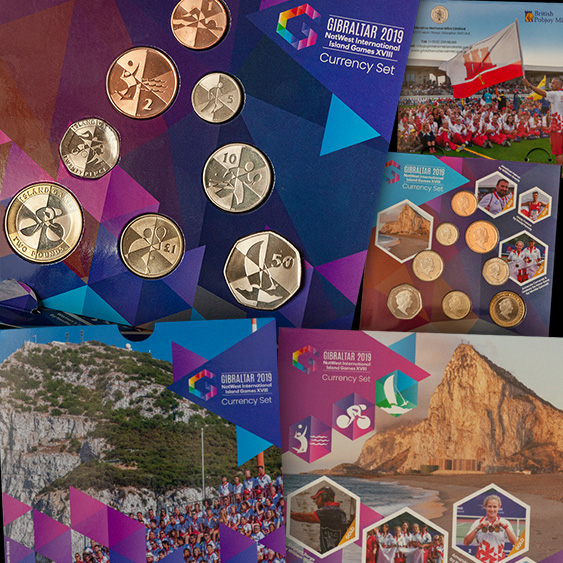 The Gibraltar 2019 complete currency set issued to celebrate the Natwest International Games. The coin set has been produced inside an elegant presentation package and includes the 8 currency coins depicting the official games logos. The obverse depicts HM Queen Elizabeth II.

The Opening Ceremony took place on Saturday 6th July 2019 followed by 6 full days of events. Athletes were housed in hotels and a games village in Europa. Many magnificent sporting venues were built for the games, an athletics track and swimming pool in Lathbury, an indoor hall for badminton and squash at Europa and new shooting venues for rifle and clay target shooting.