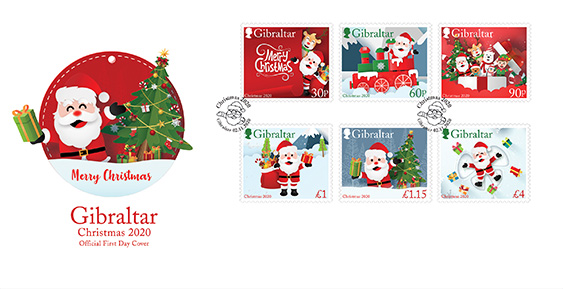 Santa Claus, Saint Nicholas, Father Christmas or Santa, is a figure with legendary, mythical, historical and folkloric origins who, in many western cultures, is said to bring gifts to the homes of the good children during the late evening and overnight hours of Christmas Eve, December 24. The modern figure was derived from the Dutch figure of Sinterklaas,which, in turn, may have part of its basis in hagiographical tales concerning the historical figure of gift giver Saint Nicholas. A nearly identical story is attributed by Greek and Byzantine folklore to Basil of Caesarea. Basil’s feast day on January 1 is considered the time of exchanging gifts in Greece.

Santa Claus is generally depicted as a portly, joyous, white-bearded man wearing a red coat with white collar and cuffs, white-cuffed red trousers, and black leather belt and boots (images of him rarely have a beard with no moustache). This image became popular in the United States and Canada in the 19th century due to the significant influence of Clement Clarke Moore’s 1823 poem “A Visit From St. Nicholas” and of caricaturist and political cartoonist Thomas Nast. This image has been maintained and reinforced through song, radio, television, children’s books and films. The North American depiction of Santa Claus as it developed in the 19th and 20th century in turn influenced the modern perceptions of Father Christmas, Sinterklaas and Saint Nicholas in European culture.

According to a tradition which can be traced to the 1820s, Santa Claus lives at the North Pole, with a large number of magical elves, and nine (originally eight) flying reindeer. Since the 20th century, in an idea popularized by the 1934 song “Santa Claus Is Coming to Town”, Santa Claus has been believed to make a list of children throughout the world, categorizing them according to their behavior (“naughty” or “nice”) and to deliver presents, including toys, and candy to all of the well-behaved children in the world, and sometimes coal to the naughty children, on the single night of Christmas Eve. He accomplishes this feat with the aid of the elves who make the toys in the workshop and the reindeer who pull his sleigh.

Christmas 2020
This issue is available as