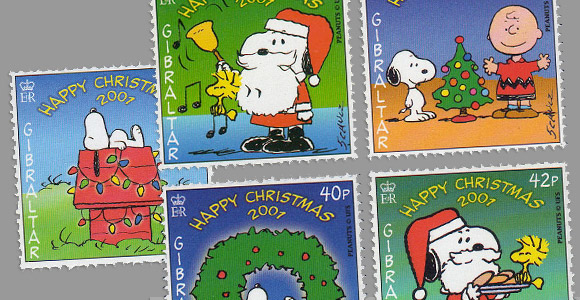 Christmas set illustrated with Peanuts cartoons, a firm favourite with children all over the world for decades.

Snoopy is a fictional character in the long-running comic strip Peanuts, by Charles M. Schulz. He is Charlie Brown's pet beagle. Snoopy began his life in the strip as a fairly ordinary dog, but eventually evolved into perhaps the strip's most dynamic character — and among the most recognizable comic characters in the world.

The original drawings of Snoopy were "slightly patterned" after Spike, one of Schulz's childhood dogs. (source: Wikipedia)