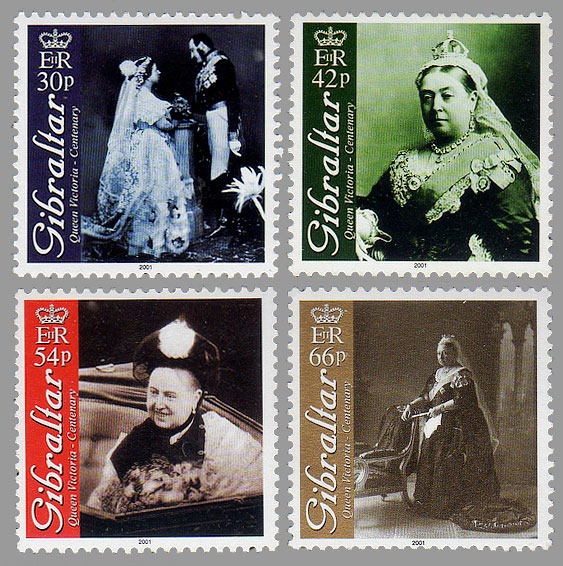 The Set of 4 stamps commemorates the Centanary of Queen Victoria.

Victoria (Alexandrina Victoria; 24 May 1819 – 22 January 1901) was the Queen of the United Kingdom of Great Britain and Ireland from 20 June 1837, and the first Empress of India of the British Raj from 1 May 1876, until her death. Her reign as the Queen lasted 63 years and 7 months, longer than that of any other British monarch before or since, and her reign is the longest of any female monarch in history. The time of her reign is known as the Victorian era, a period of industrial, political, scientific and military progress within the United Kingdom.