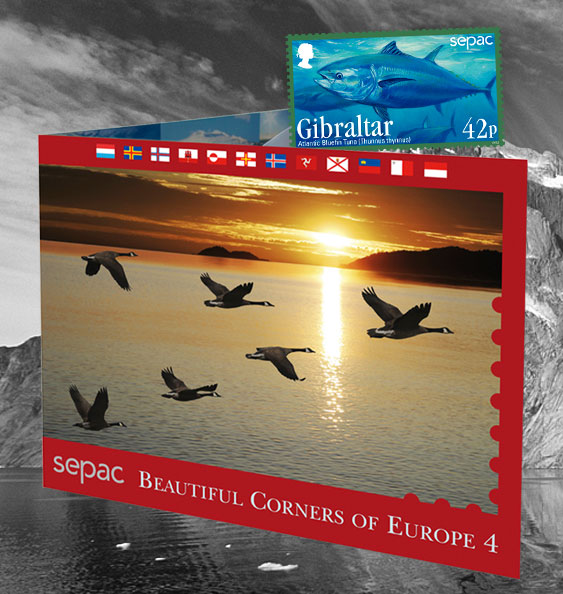 In September 2013, twelve members of SEPAC will be launching their fourth ‘joint stamp issue’ with one stamp from each postal administration bearing the official SEPAC logo. The common theme of the stamps this year is ‘animals’. The Endangered Animals III stamp featuring the ‘Atlantic Bluefin Tuna’ is the Gibraltar stamp this year.