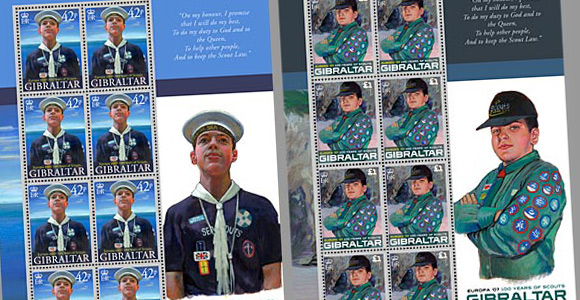 Scouting is a worldwide movement with the stated aim of supporting young people in their physical, mental and spiritual development. Scouting began in 1907 when Robert Baden Powell, Lieutenant General in the British Army, held the first Scouting encampment at Brownsea Island in England. 2007 marks the centenary of Scouting worldwide whilst Scouting in Gibraltar started in 1908. The set depicts Gibraltar Scouts from 1908, the 1950’s, a 1980’s Sea Scout and modern day Scout.