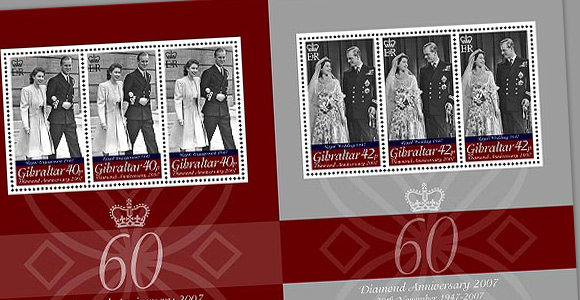 Elizabeth’s engagement to Lieutenant Philip Mountbatten was announced by King George VI in Buckingham Palace on July 10th 1947.
Before the wedding, Elizabeth’s father gave Philip the British titles Duke of Edinburgh, Earl of Merioneth, and Baron Greenwich.
The couple, who had known each other since Elizabeth was 13 and Philip was 18, were married in Westminster Abbey, London on 20 November 1947.
They spent their honeymoon at Broadlands, Hampshire, the home of Lord Mountbatten, and at Birkhall, Balmoral.