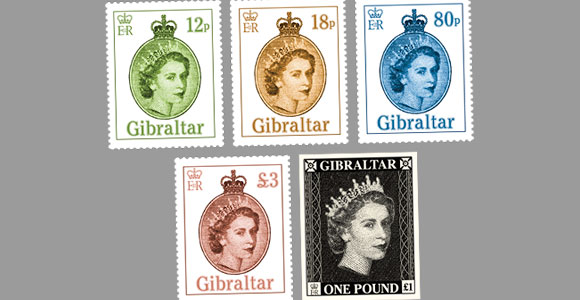 The 2015 Definitive additional value stamps are a continuation of the 2014 Definitives. They have been printed using a special easy peel self adhesive paper that ensures ease of peeling and a affixing of the stamps onto envelopes. An additional one pound stamp has been produced in tribute and to replicate the original ‘Penny Black’