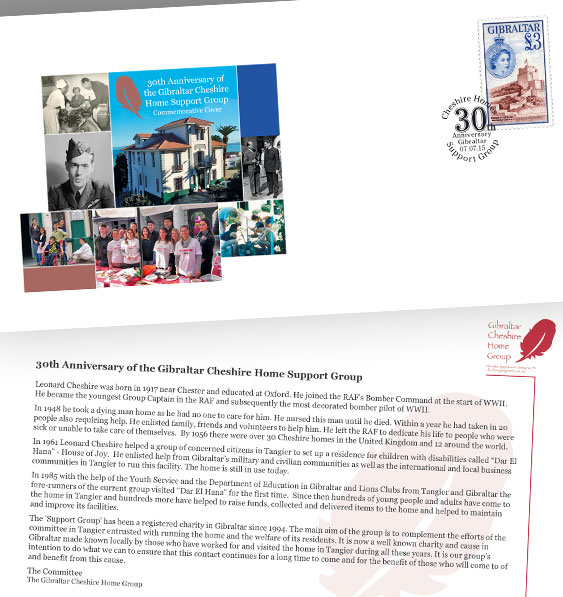 The Gibraltar Cheshire Home Support Group started in 1985 as the result of a trip jointly organised by The Gibraltar Youth Service, Department of Education and Lions Club in Tangier and Gibraltar.  Contact with the Cheshire Home in Tangier, or Dar El Hana, as it is known there started in 1961 when the home was first set up.  At the request of concerned citizens in Tangier the founder, the late Leonard Cheshire, used his knowledge and stature to help start a home for children with disabilities.  That home is still in use today.

Since then thousands of people from Gibraltar; military and civilian have helped to raise funds and other items of need for the home and its residents and whenever possible visited the facility to carry out chores and spend time with them.  This still continues to date.

The Gibraltar Cheshire Home Support Group is a registered charity in Gibraltar since 1994.  It is similarly registered in Tangier.  Tens of thousands of pounds have been raised to help the running of the home and complement the efforts of the Tangier based committee.

The proceeds made on the covers will be donated to the Gibraltar Cheshire Homes Group registered charity.